The chancel murals of St. Mark’s Belgrave Gate saved from loss in 2005 by an enterprising local businessman who rescued the former church and turned it into a banqueting and conference centre.

Following the success of our first ever awards scheme in 2005 the Society is now launching its search for the winning buildings of 2006.

We will be giving one award for ‘Restoration’ in the context of the historic built environment and one award for ‘New Build’ specifically where that compliments the historic built environment. That is, inside or adjoining a conservation area where it contributes towards the character of that area. Or adjoining a listed or local interest building where the new build enhances the setting of that building.

Despite every effort we have been unable to attract a sponsor for the 2006 awards. Nevertheless we consider this a positive initiative to counteract the false image of an organisation that only complains about things it doesn’t like as opposed to praising those it does. As such it is so important that we are going ahead at our own cost if necessary. If however you know of a sponsor please contact our Chairman as a matter of urgency. The sponsor’s name will be firmly attached to all publicity. This will include two half-page advertisements in editions of this journal, publicity mail drops with the journal and our own mail drops, and inclusion in all media publicity releases. We are looking for a sum not in excess of £380.

Members will recall our 2005 winners. In the ‘New Build’ category the award went to the BBC and its architect Colin Bass of LST Architects for the Broadcast Centre on St. Nicholas Place, built as a new home for BBC Radio Leicester and the BBC Asian Network. In the ‘Restoration’ category the award went to “The Empire”, Belgrave Gate, whose owner Ebrahim Sabat was praised for rescuing the former Church of St. Mark from dereliction.

Nominations must fulfil the criteria of the awards, be within the City of Leicester and have achieved substantial completion during 2006. These are Civic Society Awards and we want Civic Society members to take the lead in nominating entries. The deadline is Saturday 24th February 2007. After this date the awards panel will meet to decide on the winners.

On Friday 6th April there will be an awards dinner at a leading City hotel restaurant, where a VIP guest speaker will present framed award certificates to the lucky winners. Civic Society members and their guests will of course be able to attend the awards event and further details will be posted to you all in February.

Please participate and make your awards scheme a success for the Society. But also remember that nominees are not restricted to Society members. Anyone can nominate a building. Encouraging and celebrating restoration and design excellence in historic Leicester is a noble cause and one in which we are proud to be taking the lead. 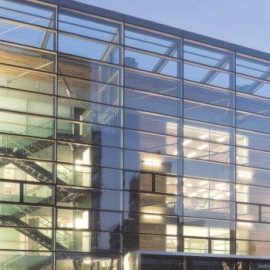 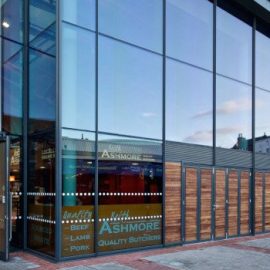 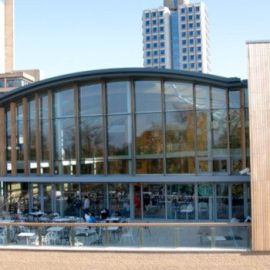