It was a very great pleasure to once again receive nominations for, and to visit examples of both restoration and new buildings that enrich our historic built environment. 2015 saw a range of first rate nominations making the Heritage Team’s decisions extremely difficult. The beautiful buildings to which we have given awards and commendations this year are undoubtedly the heritage of our city’s future.

Yet again we remind readers that the Annual Awards Scheme would never get off the ground were it not for our enthusiastic Heritage Team. The timetable dictates that they have to spring into action and conduct detailed site visits at the coldest and wettest time of the year. The number of nominations for 2015 meant that two Saturdays had to be spent making site visits, (only the second time this has happened) the first date was wet and the second cold. The Society remains very much in their debt.

The Repair Works date from 1898, the new main line of the Great Central Railway being opened to coal and freight traffic in July of that year. The designer of the building was Edward Parry, engineer to the railway and his work included extensive railway development of the former Bede House Meadows to the south of the town. With closure of the railway in 1969 there was concern for the railway buildings.

Despite being locally listed in 2011 the wagon works was subjected to severe criminal damage, clearly aimed at hastening its loss to allow redevelopment of a valuable site. It was at this point that it was acquired by Jamie Lewis Residential Lettings and work commenced on rescue and reuse. This work was completed in 2015 and involved demolition of modern lean-tos and removal of made-up ground.

In addition, the windows were lowered to accommodate massive internal restoration, with the insertion of a mezzanine floor.

The 2015 New Build Award goes to the New Galleries at the Attenborough Arts Centre, University of Leicester. They were opened on 29th January of this year by Sir David Attenborough. Externally unobtrusive, these contemporary art galleries put Leicester University and the City of Leicester at the forefront of modern art in the Midlands and are a fitting architectural tribute to Lord Attenborough, who w as a Society member for many years. The panel was particularly impressed by the sophisticated use of interior space by GSS Architecture of Northampton.

There are retail units, including a Starbucks at the lower level and facilities in support of nearby student accommodation above, including meeting rooms, reading rooms and a gymnasium. This is an outstanding example of heritage led regeneration and a worthy win of the 2015 Restoration Award for this building, a part of the city’s history that was very nearly lost. The panel were immensely impressed by the high quality of the extremely complex structural work undertaken by Staniforth and RG+P Architects and their contractors.

Such was the quality of nominations this year that the panel had great difficulty in reaching decisions on what to award and what to commend and there can only be one winner in each category. Our first and most obvious commendation was for the superb restoration of Joseph Goddard’s Church of St. Barnabas. Dating from 1886 this splendid half-timbered arts & crafts church is the finest example of its type from Leicester and is by one of our greatest Victorian architects. It has richly carved interior woodwork and stonework of the highest quality.

Despite being Grade II listed this splendid building, abandoned by the diocese, was under threat but was then rescued by Ebrahim and Fatima Sabat, who with their son Ismail have restored it for use as wedding and conference centre. The Sabats had previously rescued and restored St. Marks, Belgrave Road as The Empire Centre, and which won the Society’s first award for restoration in 2005.

Worthy commendations were also given to two schemes whereby fine quality Victorian Houses have been rescued and restored as blocks of apartments. Stonesby House on the prominent corner of De Montfort Street and Princess Road East, facing De Montfort Square is the work of Barry Rivers and Philip Dodd Architects.

Burnham House on the corner of Ratcliffe Road and Elms Road, that of Bride Street Capital and Staniforth Architects. Both of these owners and their architects prove that our heritage of fine domestic buildings from the 19th Century does not have to be sacrificed simply to build supermarkets or blocks of student accommodation that are out of scale with their surroundings.

With the current emphasis on heritage led regeneration, our Guest of Honour making the awards on Friday 15th April 2016 will be Peter Chandler, Creative Workspace Development Manager for Leicester City Council. Peter will present the 2015 Awards, with a reception and dinner at the City Rooms, Hotel Street, Leicester. Full details are given on the enclosed handbill. Please see the bookings page to reserve your place at this prestigious event by Saturday 2nd April. As Leicester Civic Society continues to say, encouraging and celebrating restoration and design excellence in historic Leicester is a noble cause and one in which the Society is proud to be taking the lead. 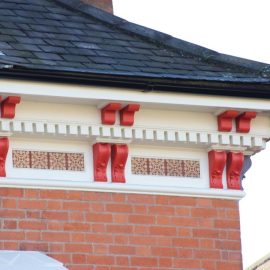 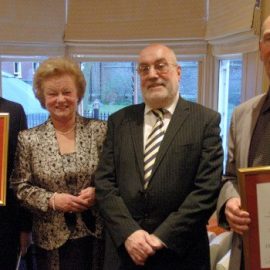 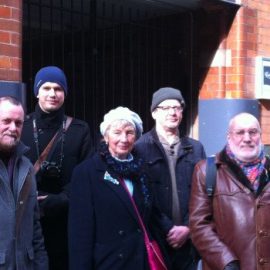