On the 12th December at 2:30 the Phoenix Cinema is showing old films from as far back as the 1930s which show Leicester in a time of trams, horses pulling ploughs and steam engines in action, while a more recent short film will show the young Queen visiting the city in 1958.

Tickets can be bought https://tickets.phoenix.org.uk/…/TSelectItems…

The Mercury report is here and includes

A special event at the Phoenix cinema next month will see Leicester in the old days brought to life. The films from the Leicestershire Film Archive will all be shown at the venue in the city centre from 2.30pm on Sunday, December 12.The films highlight the work of many local amateur film makers including Horace Harrold, Cecil Forryan of Forryan’s Chemist in Hinckley Road, Frank Attfield, Jim Vann and many more.A spokesman for The Leicestershire Film Archive said: “The Bygone Leicester Moving Picture Show includes footage of the city centre in the 1930’s with electric tramcars, Pat Collins autumn steam fair at Ross Walk and aspects of farming and rural life in the county.

Made for national screening, The British Policeman shows a day in the life of a Police Constable. It was shot entirely in Leicester and shows the city as it was in 1958 including the Market Place, Leicester Central station, Clock Tower, London Road and of course the – then – prestigious Leicester Police Headquarters on Charles Street.

Other films include the Queen’s visit to Leicester on May 9, 1958, shot by George Hull of Young’s of Leicester camera shop on Belvoir Street, and aspects of Leicester in more recent times.”

LEICESTERMERCURY.CO.UKOld films showing 1930s Leicester to be screened at cinemaThey show the city centre as it was long ago with trams and old trains 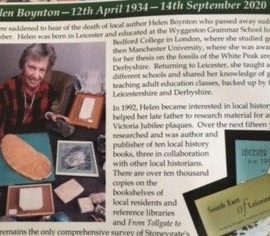