The Leicester Mercury has reported that ‘Plans to return Leicester train station to its Victorian glory have taken a major leap forward after a £17.6 million injection of Government cash’. The full story is here – Train station revamp is go after project wins millions in funding – Leicestershire Live (leicestermercury.co.uk)

This is a £22 million project and the City Council is contributing around £5 million. 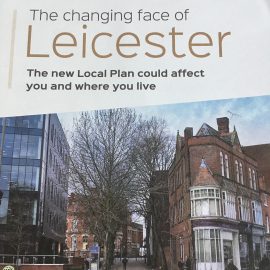